Is an extender a great way to increase focal length and turn a tele into a supertele? It´s tempting. I do not want to go into the discussion too deeply, but here is the obvious pro and contra for an extender (either 1,4 or 2,0 extender):

So, basically this is tempting. But the decisive question is, at least for me:

Do I get a better image quality with an extender compared to cropping the photo?

I own a Kenko 1,4 DGX MC4 extender which I bought in 2014. In several tests that I found on the internet it was more or less equal to the original canon extenders, even in the latest mark 3 version. And at a price of around 150 EUR it´s really cheap. But I was never happy with my Kenko extender. Using the 1,4 extender brought me closer to the subject. But: I really felt the disadvantages from losing one f-stop. When shooting at light that was not perferct sunshine, I had to boost the ISO to compensate the lower light.

And the higher ISO was not the major problem. Over all I always felt that I lost a lot of sharpness and increased chromatic aberration. So I used the Kenko extender only a few times. Always thinking: „Hmmh, it might not be a general extender thing, it´s probably this single Kenko piece and the original Canon extender 1,4 III might be doing the job better.“ So I just bought the Canon EF 1,4 Mark 3. Opening the box carefully, I saw an extender that was heavier, bulkier, apparently with more lenses than the Kenko. Nice. Screwing it onto the lens, it feels sturdy, built like a tank. The typical Canon L quality. Very good.

But: let´s see and compare the image quality with an extender in real world. You can click on the photos and they will open in full resolution, to see the images properly.

I put the Kenko 1,4 extender on my Canon 5 DS R and a Canon 100-400 IS II f4,0-5,6. The lens and camera combination is super sharp. I made all of the Polo Photos and some Tennis photos and I am perfectly happy with the sharpness, in the center as well as in the edges.

Let me show you the sample pictures made with the three settings:

All photos have been taken at maximum focal length (400mm and 560mm) with the IS on (a 4 stop Image stabilizer), hand held but supported (comparable to monopod), ISO 800, aperture fully open (yes, hence 5,6 without the tele extender and 8,0 (!) with the extenders). Exposure time was between 1/1000th and 1/250th of a second. 1/320th of a second should still be short enough to be sharp, given that the IS is 4-stop and that I put the lens onto a balcony to keep it stable.

As sample pictures I am showing a full resolution picture and a crop. The crop is from a more challenging place at the photo towards the edges.

In order to make it a real world comparison, I left the cropped portion of the picture the same. Hence, the 560 mm shots have a higher resolution showing the same object (in theory 1,4 times more pixels, simple math).

The pictures were taken in raw, developed in lightroom, no sharpening, no noise reduction, no removal of chromatic aberrations, camera standrd process, and lens correction switched ON. Exported to jpeg sRGB and 100% image quality.

I did not test the vignetting or chromatic aberration, since both of it usually can be corrected in lightroom quite easily. 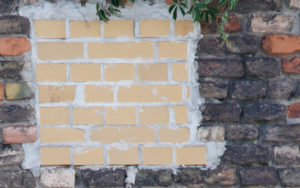 and another test shot

These photos show more or less the same part of the wall, but the resolution is appr. 2200 x 1300 px 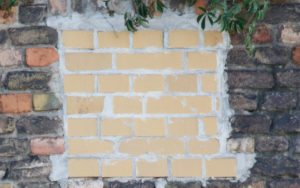 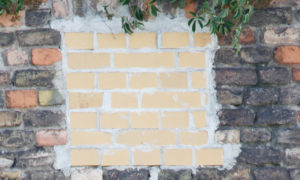 When attaching the Kenko Extender to the Canon combo, it felt significantly less sturdy. The extender was not solid rock, but was may be 1/3 of a mm loose so I could very very slightly rotate the lens. Not sure if this was the reason but the camera showed me several errors during the short shooting session. Certainly not a combination that appears reliable. All of the gear is relatively unused, as I wrote before.

Potentially resulting from flaws in the connection between camera, extender and lens, the images have not been exposed properly. The first two photos I shot were overexposed by one stop. The resulting third picture is this: 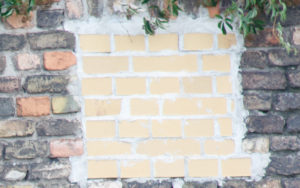 When you zoom in, you can see that it is inferior in sharpness and contrast vs both, the 1,4 Mark 3 Canon extender and the zoomed / cropped version of the 400mm photo with no extender.

I am not happy with both of the extenders. The Kenko 1,4 DGX MC4 is a clear no-go for my Canon gear. It results to errors, is mechanically loose and the image quality is worse compared to the cropped photo without an extender. The loss in sharpness is significant, so this extender will not find it´s way into my photo bag again.

The Canon extender, with around 400 €, is more expensive than the Kenko extender. It still did not satisfy me completely. When I compare the cropped photo with the extender photo, I tend to favour the cropped version. I think it has more sharpness, more contrast, better colours. At least the Canon extender does not give me any (significant) advantage. Therefore I will send the Canon extender back and stay with my unextended combo and therefore:

Still, two items remain why I prefer the bare lens:

Overall, this is just my opinion, not a completely robust and days long test. More opinions here on a thread that I opened on Canonrumors: